Andrew Quirin is the Chief Architect at Q-Net Security, where he oversees new product development and assists with the technical aspect of sales.

After working with Q-Net Security as a graduate student, Andrew officially joined the Q-Net team in 2017, whilst acquiring his M.S. in Electrical Engineering from SIU.

As an emerging leader in the security field, his graduate project focused on the design of Q-Net’s groundbreaking technology, the Q-Box.

Andrew’s achievements were honored in 2019, when he was named the St. Louis Outstanding Young Engineer of the Year. We’re fortunate that he’s chosen to grow with Q-Net over the past six years, as he’s moved up the company ladder in several different positions.

Andrew’s teammates describe him as a real ‘people person’. He also possesses deep technical knowledge of cybersecurity, networking, a passion for symmetric key encryption, and likes to watch Silicon Valley on HBO (when he has time… he’s also a new dad, too!). 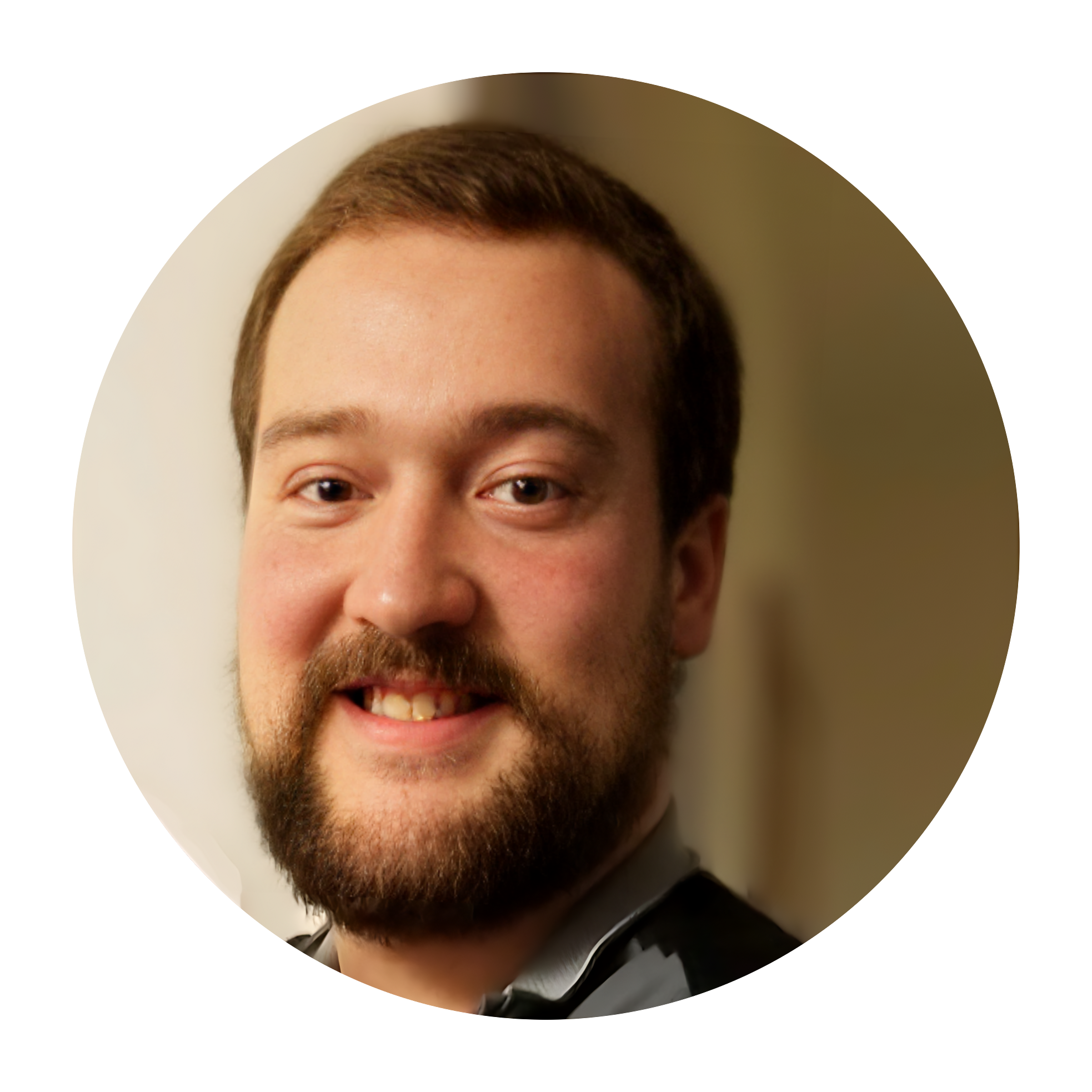 As Chief Architect with Q-Net, what does your role entail?

My primary roles are to oversee a lot of the product development and the technical aspect of sales. We often go onsite and install the equipment. While working with customers, I gather feedback and bring it back to the team for review. We discuss, then decide what could be solidified down to a feature, and what can make the product better for the user.

While I’m not afraid to get my hands dirty and start implementing a feature, I like to take a step back and first consider the big picture and make sure the products and systems all fit together. I think this mindset gives the best experience to the user.

What does a typical day look like for you?

Lately it's working on new product development, which is heavily meeting-driven. It's a lot of collaboration between myself, other engineers, and some marketing and sales aspects, too. Discussing the feedback from the customers is important for the development of products.

We’re usually discussing broad picture ideas first, then we distill those down to a discrete feature to be implemented in the products. And of course, I often go to site for demonstrations, installs, and business opportunity meetings.

What’s one of your favorite parts of your role at Q-Net?

One of the coolest parts of the job is when you get the Q-Box installed into the customer's network. Seeing something you’ve worked so hard on functioning out in the field is great.

We’re a plug and play solution – people aren't used to that in cybersecurity. They expect it's a week to do an install, with multiple people involved – but we just show up, discuss their network and security goals, we plug it in and we're good to go.

Seeing that reaction on people's faces after you just installed network security that quickly – I think that's pretty cool.

What would be your advice for people who are thinking of getting Q-Net technology – but are still considering it?

I think the biggest differentiator we have at Q-Net is that we're hardware and we push the security all the way to the endpoint itself. Not only that, but we install into the environment without affecting the existing network or endpoints.

With other types of security, a firewall or a VPN, usually – that's at the entry point to your network. But the Q-Box device is right in front of the endpoint itself. It is literally a hardware barrier for the endpoints. Anything going into and out of it must be encrypted and authenticated.

In 2019 you were selected as the St. Louis Outstanding Young Engineer of the Year. What is your advice for young people who are interested in a career in electrical engineering and security?

My main advice that I tell people is just dive right in. The lectures that you attend in school are great and are fundamental, but you’ve also got to get in and get your hands dirty. That goes with designing systems, building circuits, programming, anything. With engineering – you’ve just got to do it. Of course, the fundamentals and theory is important – but just getting your hands on stuff is a big part of it, too.

I think the biggest skill that I've seen people lack coming out of college is troubleshooting. They know all the theory behind the problem, but what if it isn’t working as expected? What if someone puts something on your desk that doesn't work, and you’ve got to figure out why?

What is a topic that you are most passionate about in cybersecurity and why?

Actually, I’m most passionate about the Q-Box itself! One reason is because it uses fully symmetric keying. No asymmetric algorithms or Public Key Infrastructure (PKI) is used. We don’t know when effective quantum computers will exist, however, we do know that PKI will be affected. With everything we know about quantum computers today, symmetric algorithms – such as AES-256 used by the Q-Box – will remain effective. So yeah, that's probably what I'm most passionate about!

In your field, do you have any heroes or people who you're really inspired by?

This is probably going to sound really corny, but Q-Net’s founder, Jerry Cox. He’s in his 90s now and he helped paved the way for computing and computer science in general. He actually founded the computer science department at Washington University. Without people like him – this field wouldn’t even exist. He’s lived through the entire computing age so far, and he is a very incredible individual. The stories he has about the history of the field of computing are just remarkable.

What are you currently listening to?

I like podcasts about hacking incidents. One is DarkNet Diaries, which describes how big hacks and cybersecurity events in history happened, what the ramifications were, etc. When I listen to them, I’m thinking about them in a different light than what I think of for work – but they’re still informational.

What are you currently watching?

There’s a YouTuber, Kitboga, who’s pretty entertaining to watch. He basically calls scamming lines and wastes their time while also educating viewers about scamming tactics and what to be aware of. It’s a strange yet entertaining mixture of improv comedy, computer science, and education.

Do you have any film, TV or documentary recommendations that might help people learn more about cybersecurity?

For me, I think the biggest one, and most accurate – is Mr. Robot. And another one that's more of a comedy, but it really does show the ins and outs of working in the tech field – is Silicon Valley on HBO. Often you watch these tech shows and they're like, "We're hacking the firewall via the UDP port blockchain, doing blah blah blah," – but it’s just tech-words strung together. Silicon Valley uses relatable terminology, and the interaction between engineers and management, as well as engineers and C Level Suite – often resembles reality!

Is there anything else that's coming up in the future of your field that you’re thinking about?

The emerging field of quantum computing is something to watch – and for us looking forward, I think the biggest thing we're thinking about is a solution for PKI.

When quantum computing does exist in some cryptographically relevant capacity, we do know that PKI is going to be affected. There's many efforts right now to develop quantum-resistant PKI, but we’re focused on a fully symmetric solution. We have solved secure communications, in part – with the Q-Box, but the practical application of this product is to secure critical infrastructure. For surfing the internet and checking email – these challenges are still on the horizon. While it’s not something we're really focused on – we know it's coming, and we’re thinking about what we can do to help.

Thanks so much to Andrew for speaking with us about your role as Chief Architect at Q-Net Security. To learn more about the Q-Net Team, visit our About page.